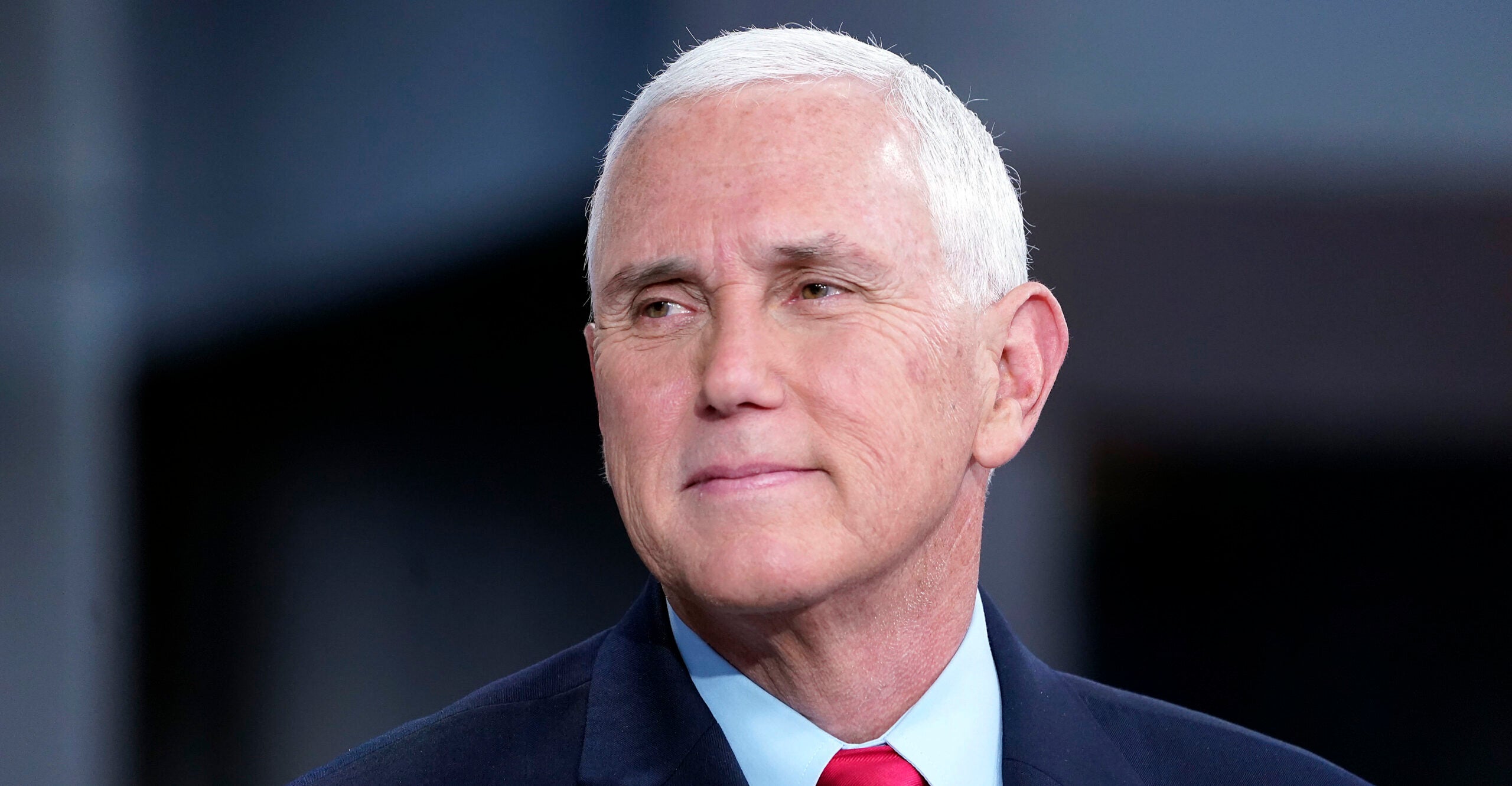 Former Vice President Mike Pence said he supports traditional marriage between one man and one woman and that he would vote along this principle were he voting on the Democrat-led Respect for Marriage Act.

Pence addressed the radical legislation during an interview with “The Hugh Hewitt Show” this week on the former vice president’s brand new book, “So Help Me God.” Hewitt questioned Pence about how Republicans should respond to the legislation.

Pence responded by discussing when Indiana enacted the Religious Freedom Restoration Act in 2015. As governor, Pence signed the act into law.

“Almost overnight, it was mischaracterized by the national media and the political left in the country as somehow a license to discriminate when in fact some 30 states at the time had religious freedom acts,” Pence said, noting that former President Bill Clinton had also signed the federal religious freedom law.

“It was in the days leading up to the Obergefell decision that would legalize same-sex marriage that there was a desire to ensure that people with deeply held religious beliefs, beliefs that I share, that marriage is between one man and one woman, would continue to be able to hold those beliefs in work and in worship and in their lives,” he explained.

Pence insisted that he will always hold his own deeply held views “about traditional marriage.”

“If I was in the Congress of the United States, I would vote in a way consistent with my values,” he said. “I truly do believe that at the end of the day in Indiana, we squared it by simply standing on the express language of the Indiana constitution. One of the ways God used that experience in my life, was, six months after that controversy in Indiana, we were able to bring the state back together by focusing on the religious liberty, the freedom of speech, freedom of religion, and freedom of conscience, that is in the Indiana constitution. ”

“I would vote my values,” he said again, pressed to say whether he would vote for the legislation. “I believe marriage is between one man and one woman.”

HR 8404, which passed the House of Representatives in July, “provides statutory authority for same-sex and interracial marriages,” repealing provisions that define marriage as between a man and a woman.

The legislation also “repeals and replaces provisions that do not require states to recognize same-sex marriages from other states with provisions that prohibit the denial of full faith and credit or any right or claim relating to out-of-state marriages on the basis of sex, race, ethnicity, or national origin,” allows “the Department of Justice to bring a civil action,” and “establishes a private right of action for violations.”

Have an opinion about this article? To sound off, please email [email protected] and we’ll consider publishing your edited remarks in our regular “We Hear You” feature. Remember to include the url or headline of the article plus your name and town and/or state.

Your free subscription includes news and specials sent by email in accordance with our trusted Privacy Policy.

I DON’T THINK THERE SHOULD BE ANY DEBATES”: Nancy Pelosi Opposes...

ABOUT US
Contact us: [email protected]
© 2022 - Pursuit Of Patriots - All Rights Reserved.
MORE STORIES